San Martino di Castrozza, thanks to the recent Snowfalls, anticipation is rising towards the 2019 edition of the Arc’teryx King of Dolomites.

This year the contest has been renewed with a new format, which will make happy many photographers, riders and enthusiasts.

Deadline for the qualifying stage is on Feb 16th, so pick up your Skis and Camera and start riding & shooting!

No more OPEN and PRO, but only one single category within which each team will fight to earn the rank of King of Dolomites 2019: This is the big news from the seventh edition of the most famous Freeride Photography Contest of the Dolomites, that will take place as usual in San Martino di Castrozza between 21st and 24th February.

To make everything even more interesting, also the formula of the contest has returned to a 4-themes one, so the pictures should be shot following them, sa it occurred in 2016 with great success.

Each theme will have the best picture awarded with an overall prize of 4500 €, with the possibility to win inside all the categories, as if they were sort of “Freeride Oscars”.

Even though the snow has shown up only few days ago, the event is already on with the Qualifying Stage, where the photographers could already select and send their best photos shot in the Dolomites until Feb 16th, 2019.

The winner will have access to a Wild Card that will guarantee to his team the direct access to the “Grand Finale” of the event in San Martino di Castrozza, with hotel accomodation and a three-days skipass.

The program of the event will be, as usual, filled with many special moments; it won’t in fact be missing the possibility to try new equipment, together with the traditional Photo exposition in the centre of the town.

Also the fun will not miss,  with the now-renowned Arc’teryx KOD Party of the saturday evening, before the crowning of the new King of Dolomites, which will happen in the afternoon of Sunday 24th February in the centre of San Martino.

Once again Arc’teryx  presented itself as main sponsor of the event, confirming its dedication in bringing forward the event, dedication that never lacked also from the local partners such as ApT San Martino di Castrozza e Primiero, flanked by the Ski Area San Martino – Passo Rolle and by other historic sponsor like Forst and Elle-Erre Easy Flag. 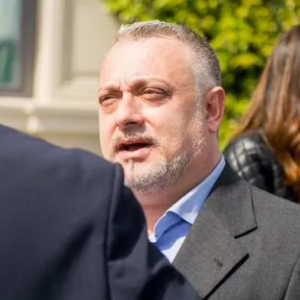 Per info scrivere a: redazione@personalreporternews.it

This website uses cookies to improve your experience while you navigate through the website. Out of these, the cookies that are categorized as necessary are stored on your browser as they are essential for the working of basic functionalities of the website. We also use third-party cookies that help us analyze and understand how you use this website. These cookies will be stored in your browser only with your consent. You also have the option to opt-out of these cookies. But opting out of some of these cookies may affect your browsing experience.
Necessary Sempre abilitato
Necessary cookies are absolutely essential for the website to function properly. These cookies ensure basic functionalities and security features of the website, anonymously.
Functional
Functional cookies help to perform certain functionalities like sharing the content of the website on social media platforms, collect feedbacks, and other third-party features.
Performance
Performance cookies are used to understand and analyze the key performance indexes of the website which helps in delivering a better user experience for the visitors.
Analytics
Analytical cookies are used to understand how visitors interact with the website. These cookies help provide information on metrics the number of visitors, bounce rate, traffic source, etc.
Advertisement
Advertisement cookies are used to provide visitors with relevant ads and marketing campaigns. These cookies track visitors across websites and collect information to provide customized ads.
Others
Other uncategorized cookies are those that are being analyzed and have not been classified into a category as yet.
ACCETTA E SALVA
%d blogger hanno fatto clic su Mi Piace per questo: